I wanted to thank all the veterans today. If any of your family and or friends is a veteran thank them for me also. I will share with you my close experience with three different generations of veterans:

I had the honor of meeting a World War II veteran he was an honorable respectable man, who had an interesting life, his name was John. He married my wife’s aunt in Cuba in the 50’s she didn’t know English and he didn’t know Spanish at the time, but fell in love and spend their lives together. He was a very smart and resourceful man too. One day John showed me a book he had put together with English words that looked and meant the same in Spanish; it helped him at the beginning of his relationship with his wife Rosa. John also taught me about the Masons, he was a Master Mason. I will always remember him with respect and admiration.

Vietnam War
My friend Evelio was a young man when he and his brother enlisted in the military to serve the United Sates Army. Evelio and his brother were Peter Pan children and just a few years earlier his parents had sent them alone to the United States to escape the communism in Cuba. They fought in Vietnam like they would have done for the land they were born in. Evelio never talks about the Vietnam days, but I know they serve this country honorably. I also admire him because he is always helping other people, and trys to liven up your day with jokes. 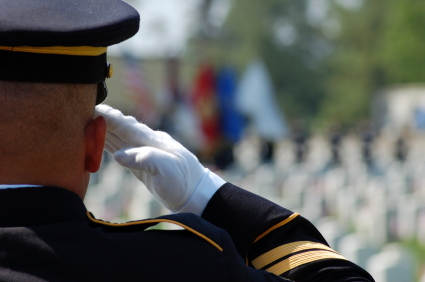 Resent wars and military service men
As you may know I spend 13 months in Guantanamo Bay before coming to the United States. (read More here) As an immigrant and somebody who grew up in Communist Cuba I didn’t know what to expect from the Unite States military. My experiences there however left me with admiration for their professionalism and a unique ability to make things happen. I wrote to my mom from the United State base in Guantanamo “….Guantanamo Bay is the most clean and organized city in Cuba, they treat you with respect…they eat and sleep on the same conditions we do…everyone is treated with the same rights…” Obviously not everything was perfect but that was true for the most part.

Thank you for serving this great country.