A day in Havana

We waked up in Havana on December 22, 2010. We are happy to be with our family and had planned our day to run some errands and visit the "Acuario Nacional" (National Aquarium).

We get into my father's car, a 1952 Chevy. The car looks pretty good, and it runs, not well, but it did get us to our first destination. When I sat in the car, I was jocking with my father and my wife when I commented, "this car works cause he sees the other cars around him moving…." my father was struggling to put the shift stick in gears. We were kidding with him and had lots of fun taking a ride to the bank to exchange our traveler's checks.

After the bank transaction, we were ready to go back home; however, our 1952 Chevy had other plans; it decided to stop. "The car won't start," my father told me and open the hood of the car to try to figure out why. Pretty soon, two men were there next to the car willing to give their help and opinions on what was wrong with the vehicle.
You will find many people who know how to repair these old American cars very well in Cuba. It is impressed with how little they have how they keep them running. 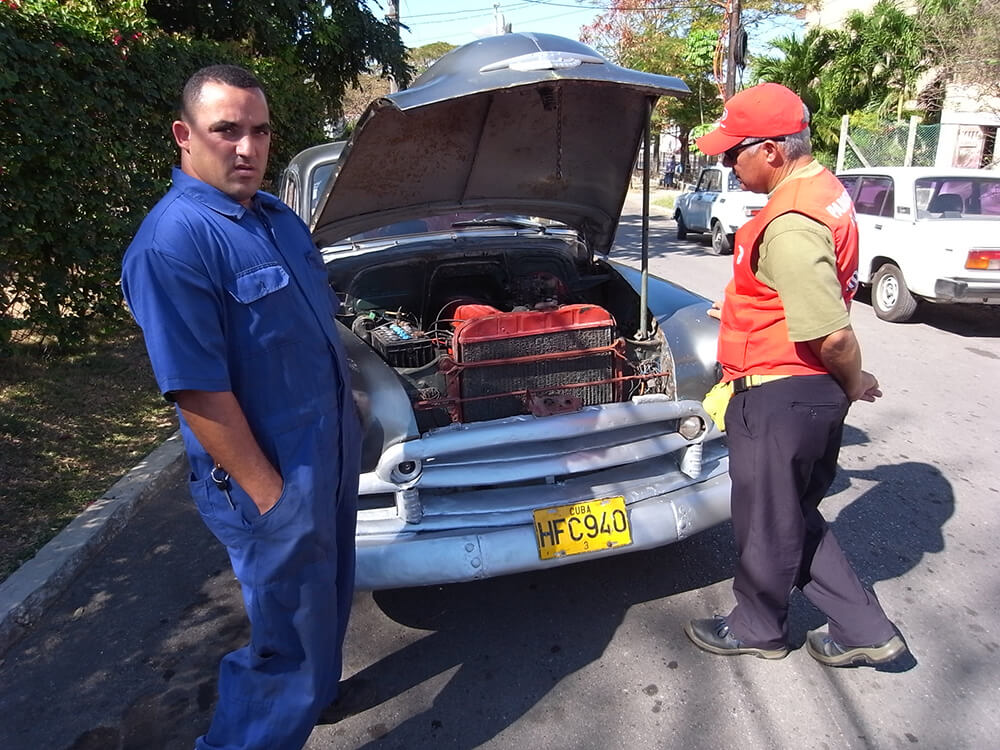 "The battery is new," he said, and I was intrigued by the battery. I asked him is this a homemade battery? "yes," – he said, "a friend of mine makes them at home and sells them for CUC 65 (about 68 dollars), and since the ones the government sells are CUC 85, I save some money."
I took a picture of this homemade battery for you to see how they manage to resolve their problems with ingenuity. 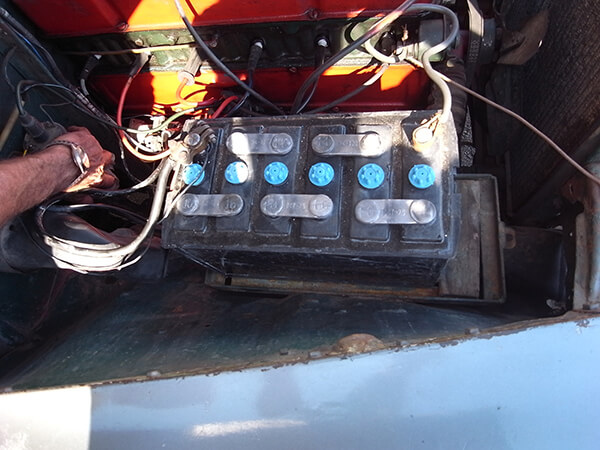 Why our Guayabera Masks are so popular!