“Do your little bit of good where you are; it's those little bits of good put together that overwhelm the world.”
Desmond Tutu

Today we are remembering Mr. Desmond tutu and his legacy for all humanity,  may he rest in peace. Desmond Tutu was South Africa's Nobel Peace Prize-winning icon, an outspoken opponent of apartheid, and a modern-day fighter for racial justice and LGBT rights. Tutu died from cancer at the Oasis Frail Care Centre in Cape Town on 26 December 2021, at the age of 90 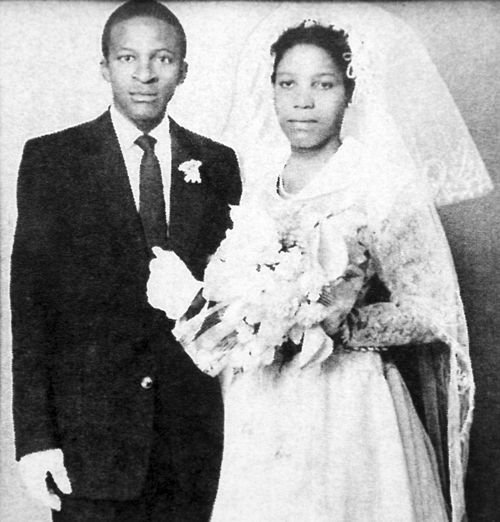 Desmond Tutu and his wife Nomalizo Leah Tutu, on their wedding day.

Born 1931 in Klerksdorp, Transvaal, Bishop Desmond Tutu was the son of a teacher. His father was principal of a Methodist primary school, and the family lived in the mud-brick schoolmaster's house in the yard of the Methodist mission. Growing up, Tutu's family experienced struggle and hardship. In John Allen's 2006 book, Desmond Tutu: Rabble-rouser for Peace, the Authorized Biography, Tutu explained, "Although we weren't affluent, we were not destitute either."

He attended Johannesburg Bantu High School, then trained first as a teacher at Pretoria Bantu Normal College, and graduated in 1954 from the University of South Africa. After three years as a high school teacher, he began to study theology, being ordained as a priest in 1960. Tutu was an honorary doctor of several leading universities in the USA, Britain, and Germany.

To truly appreciate his legacy, we must first understand what he was fighting against.

Apartheid was a former policy of segregation and political, social, and economic discrimination against the nonwhite majority in the Republic of South Africa. These laws forced segregation, where white and black people were to live and work apart from each other. Desmond Tutu worked hard alongside Nelson Mandela to ending apartheid in South Africa. 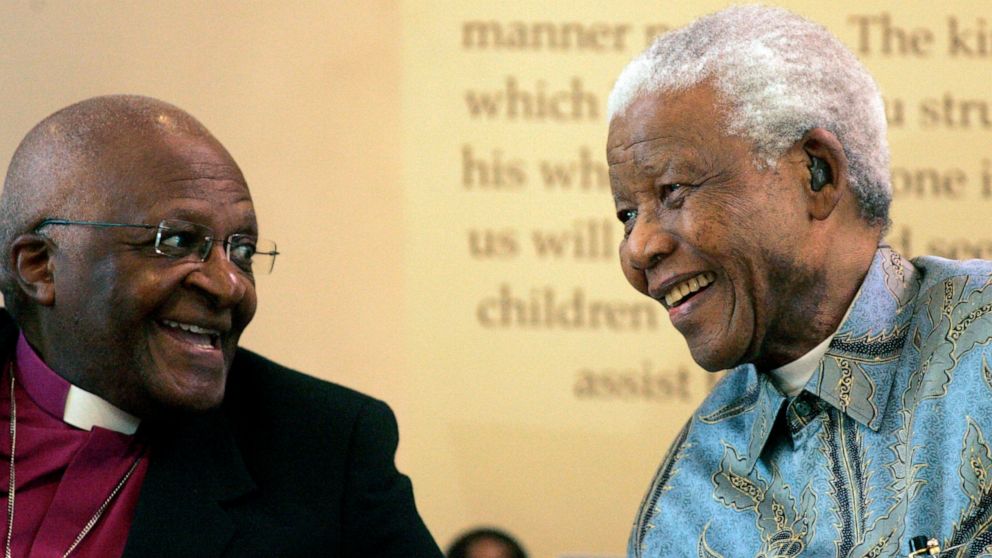 Desmond Tutu was a South African Anglican bishop, known for his work as an anti-apartheid and human rights activist.

Desmond Tutu was instrumental in bringing South Africa's apartheid era to an end. He employed his position as Bishop of Lesotho and then as General Secretary of the South African Council of Churches to draw international attention to the country's apartheid status. Thanks to his brave leadership and tireless non-violent campaigning, an end was brought to South African apartheid.

Desmond Tutu was awarded the 1984 Nobel Peace Prize for his "role as a unifying leader figure in the campaign to resolve the problem of apartheid in South Africa." In 1992, he was awarded the Bishop John T. Walker Distinguished Humanitarian Service Award. He became the first recipient of the newly created Archbishop of Canterbury's Award for Outstanding Service to the Anglican Communion in 1996. He received the Wallenberg Medal from the University of Michigan to recognize his lifelong work in defense of human rights and dignity in 2008. He was also awarded the J. William Fulbright Prize for International Understanding the same year. 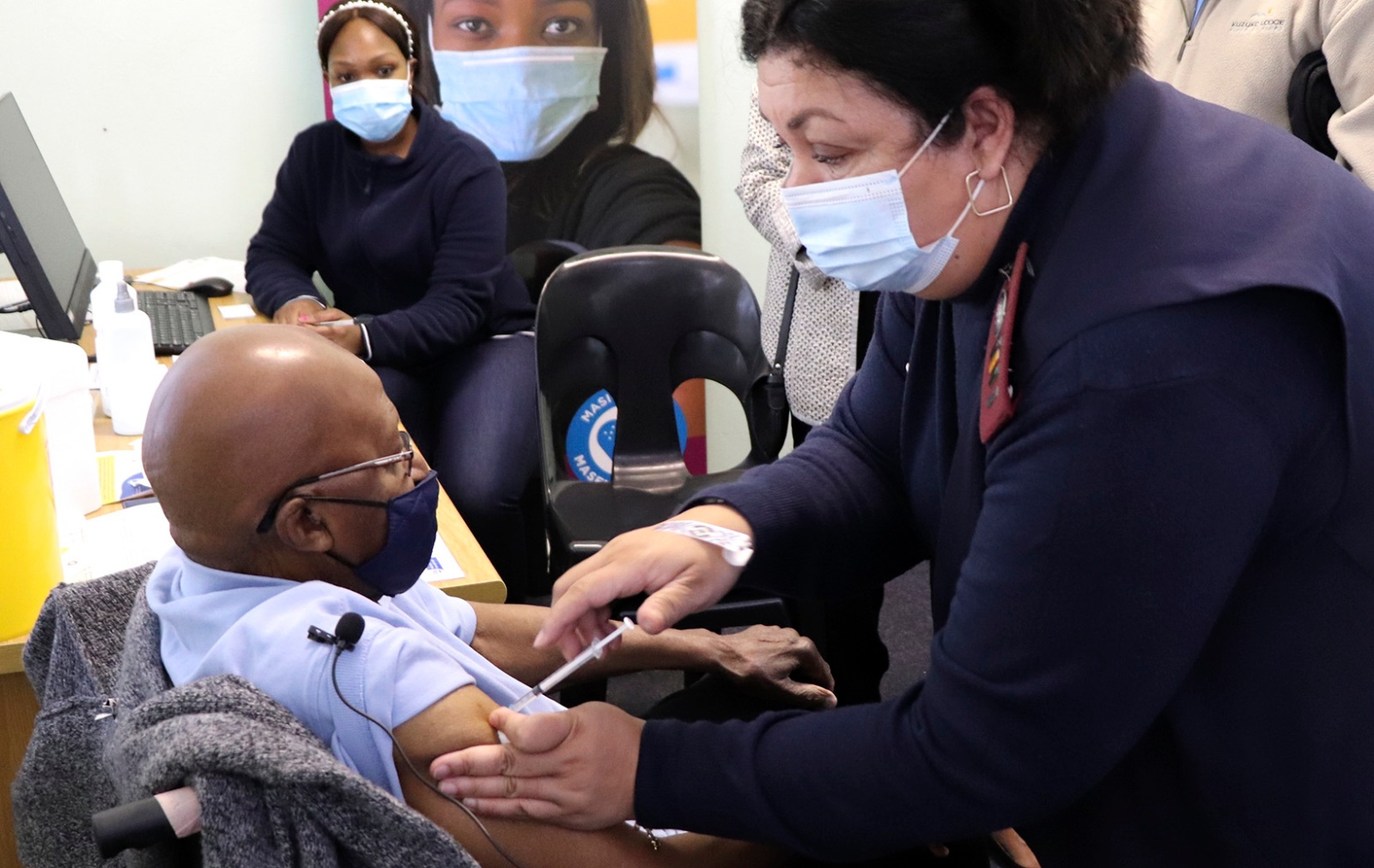 Archbishop Desmond Tutu is among the many world leaders to get the vaccine.

He was outspoken on his opinions of the pandemic that has put all of our lives on hold. Stating that,“ COVID-19 has wreaked havoc. It has destroyed lives and livelihoods and it has robbed us of the comfort of family and friends, but we can stop it. We have vaccines,” he said. “I join many other world leaders in pledging to have a vaccine against COVID-19 as soon as one becomes available to me.” 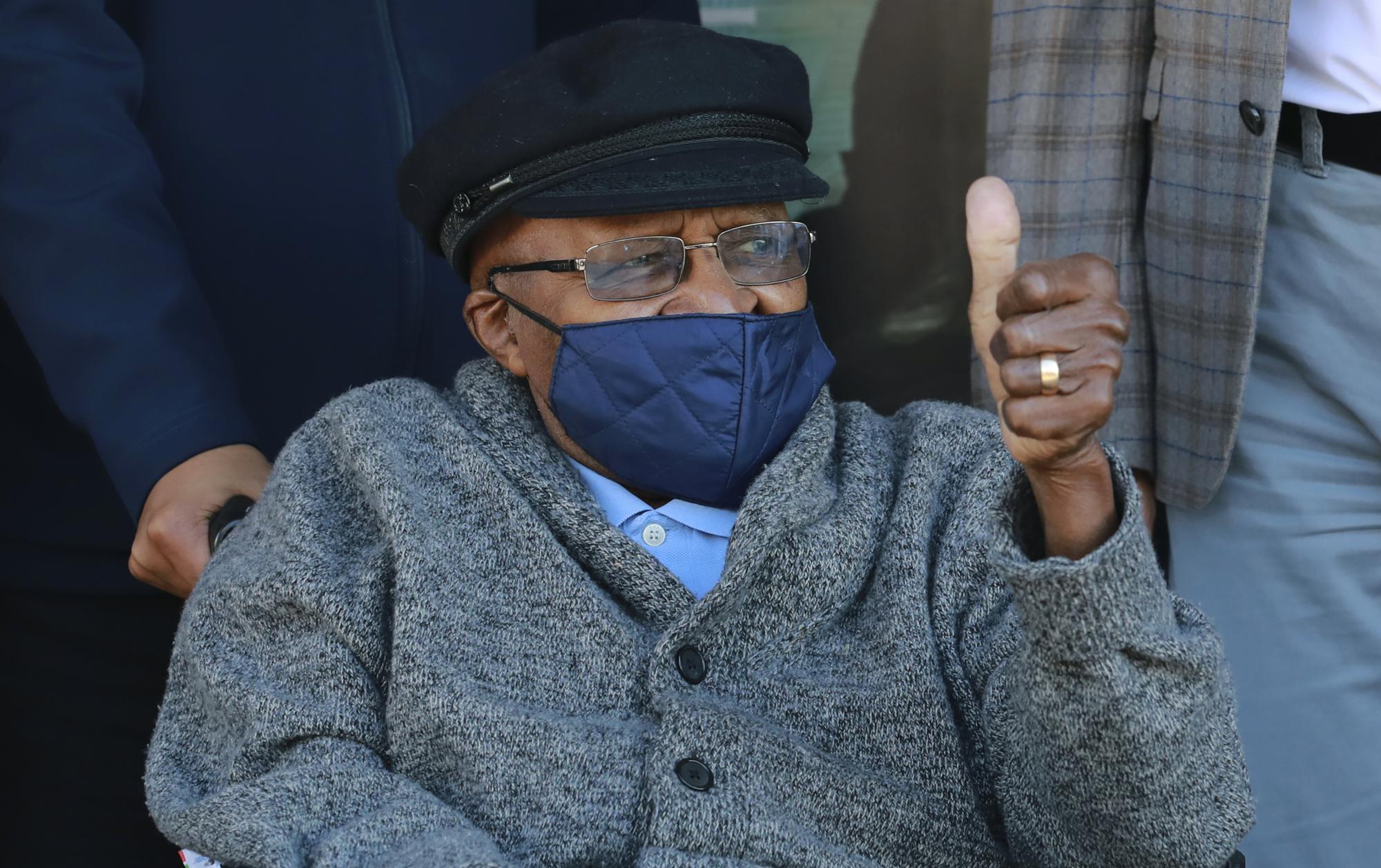 Desmond Tutu gives a big thumbs up after getting his shot.

My Cuban Store extends our thoughts to  and prayers the family and our deepest gratitude for the accomplishments he achieved for racial justice and LGBT rights. Listen more in the audio above or in this link here, NPR honored his memory by remembering his life in more detail, including past interviews with Tutu.