The Cuban Tody has been described by many as undeniably cute. Its short and stout body pairs well with its vibrant colors, and it is not much bigger than a hummingbird. They make a call that can be described as fast and abrupt, and their wings make a small whirring sound. Some say that you can find one if you listen for their wings.

The Cuban Tody, Unique in Every Way 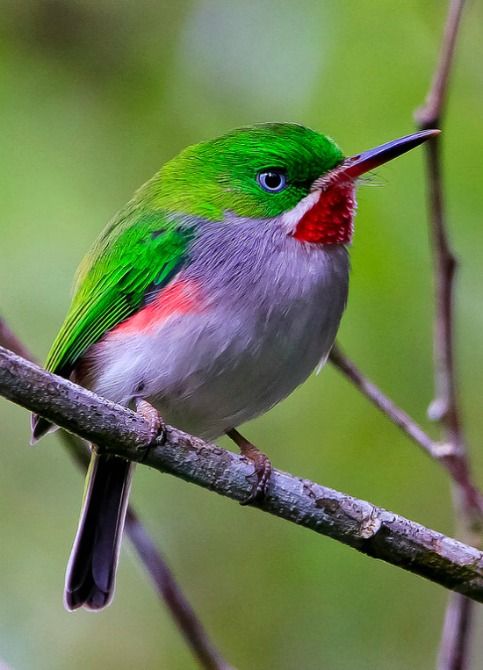 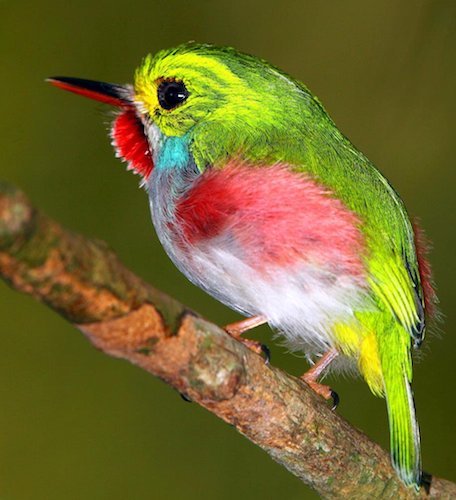 Out of all the other species of Todies, the Cuban Tody is the most vibrantly colored and has the smallest beak. Its colors help to camouflage them in their surroundings. And they are similar to a bird found on the opposite side of Cuba called the narrow-billed Tody. Still, the two birds are differentiated by slight color and body shape differences.

They reside in the woodlands throughout the island of Cuba and are known to be terrific foragers. Their diet is dominated by insects and may include small fruits, spiders, and even small lizards. The Cuban Tody breed a very vigorous forager. They usually hunt at least nine feet off the ground. Their only predators being humans and mongooses. They share a similar vegetation preference with the Cuban Green Woodpecker. 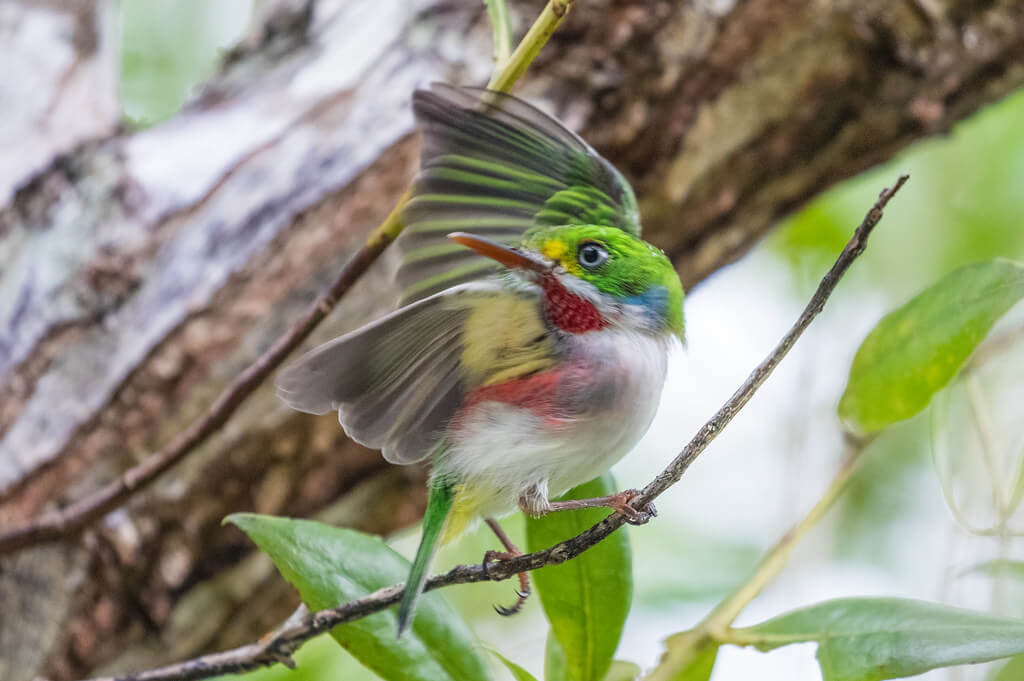 Cuban Tody flying off a branch

The Cuban Tody can be found in various terrain, but most commonly, they are found in shaded areas next to streams and rivers.  Although, they tend to be very adaptable to their environment and will thrive whether in wet, thicket, or woods. They usually dig tunnels into embankments or hollow tree trunks to create their nest.

There are only five species of Todies in the world, and they are all now found on the Caribbean islands. The Todies do not migrate during the season changes. They stay to protect their territory. The Cuban Tody is a bird that is endemic to Cuba. The Cuban Tody is not an endangered species but is a very common bird in Cuba. However, due to aerial spraying of pesticides, the population is expected to decrease in some areas. Also, on occasion, people in poor economic situations may eat Todies, affecting their population size. Most people, however, take joy in simply watching them as beautiful creatures.