Cuba has some of the world’s most beautiful animals. From the bright colored birds that paint the sky to the vibrant snails that decorate the landscape. There is great beauty in the nature of the island.

What is the Polymita Picta?

The Polymita Picta, also known as Painted Snails, are known for their stunning shells. There are roughly 1,400 species of land snails found on the island. Those from the genus Polymita (Latin for “many stripes”) are unique to the island nation. 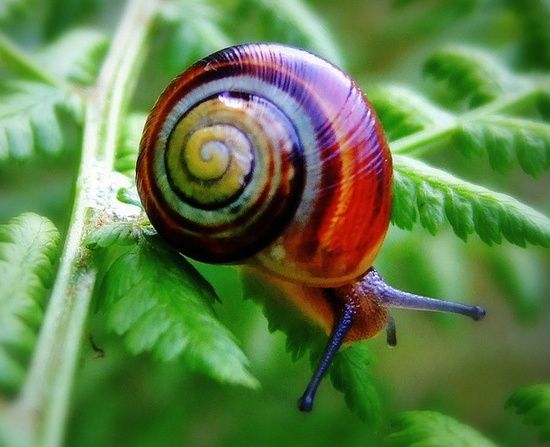 Polymita Picta on a leaf

Painted snails are found in eastern Cuba. Including Alexander von Humboldt National Park, which stretches from the mountains to the sea on the island’s northeastern coast. It is considered one of the most biologically diverse ecosystems in the world. The beauty of these snails is a marvel, and color differences occur between species and individuals of a single species. Some scientists believe that the variations might be to confuse predators, preventing them from homing in on these snails as a predictable meal, but the question is far from settled.

The Dangers They Face 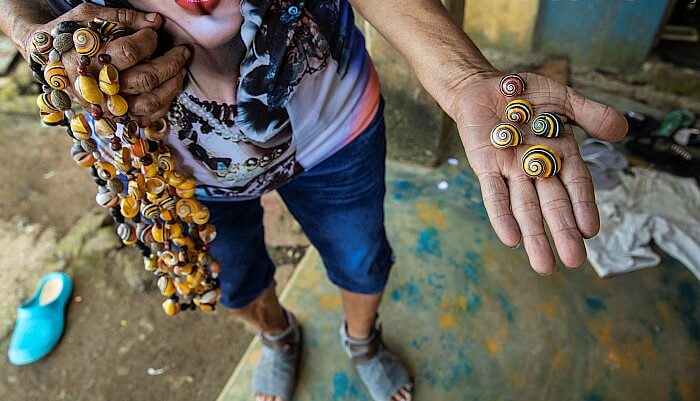 Jewelry made from Painted Snails

However, their beauty comes with a cost. National Geographic reports on the harm that falls on the Painted Snails, such as collecting. They state that the Cuban public is becoming more aware of the harm caused by shell collecting and the other threats. The snails have had long been sought by collectors, who sell the shells to tourists or trade them abroad. It is explained that this demand is one reason why Cuba lists all six species of Polymita as critically endangered. This is also why CITES (Convention on International Trade in Endangered Species of Wild Fauna and Flora), which regulates global commerce in wildlife, has banned their trade since 2017.

To protect Cuba’s painted snails, National Geographic explains that biologists Bernado Reyes-Tur, Norvis Hernandez, and other colleagues are working to educate Cubans and visitors about the animals’ rarity and vulnerability. They’re studying the snails’ biology, with a view to raising them in captivity and releasing them in the wild. While also partnering with farmers in eastern Cuba to encourage them to care for the animals on their land.