Alexis Martin is a risk-taker. In 1994, he and nine other Cubans left the island in an improvised boat, destination: Florida.
The 35-year-old Martin was born in a small countryside town in Matanzas, Cuba. From 1986 to 1990, he studied computers and electronics in Havana. However, Martin dreamed of a life that could never happen for him in Cuba.

Martin and the other balseros spent four very rough days at sea. With no motor for their boat, they were at the mercy of the ocean currents. On the fourth day, a massive storm blew up, buffeting the ship and threatening to tear it apart.

“We almost died,” says Martin. “The storm hit us at night, and it was terrible. You would feel the boat banging the water like it was going to break. On Saturday morning, we saw lights and thought we were close to or possibly in Florida or Miami. Instead, we landed on a beach in Havana.

The storm had taken us back to Cuba!” Most of Martin’s compatriots returned to their homes, defeated. However, Martin and a friend stayed at the beach where they met other rafters. The pair took to the seas again early Monday morning.
“After three hours at sea, we saw a big U.S. Coast Guard ship,” Martin explains. “They picked us up, and one week later, I was in Guantanamo bay.

At that time, there were close to 35,000 Cubans in Guantanamo Bay. Initially, conditions at the camp were low, but over time they improved. Five months after he arrived in Guantanamo, Martin and several others had started a small school.
“We managed to create a school with the help of the military and some civilian organizations,” Martin says. “Some of us were teaching English, and some of us were teaching computers. This work was all voluntary. The U.S. military gave us old equipment, and we refurbished it for use at the school. That was a great experience for me.” 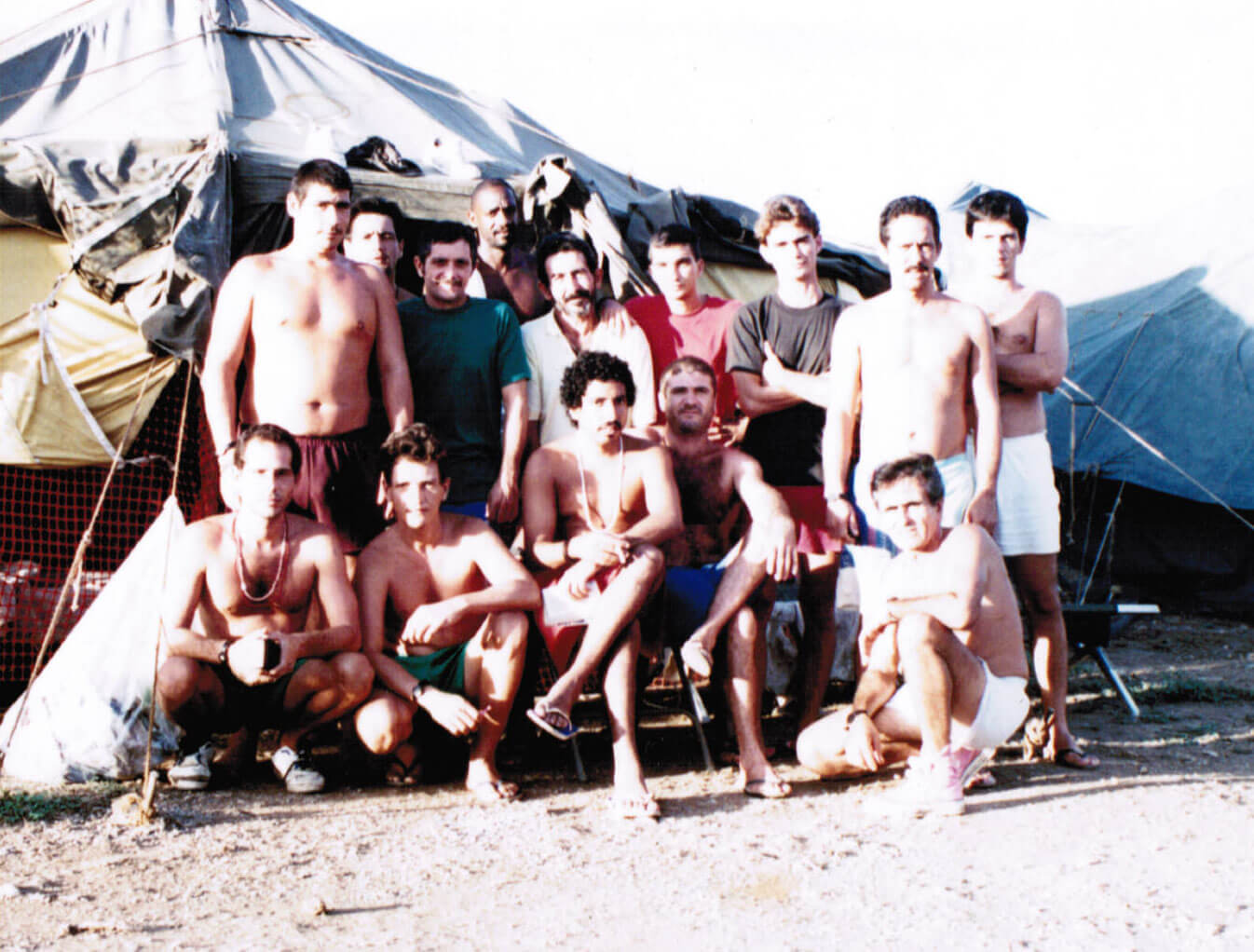 Alexis Martin at Guantanamo Bay (Standing up with black shirt)

Luck was kind to Martin in Guantanamo. There he met an Army colonel, Vincent Zike, who, impressed with his computer skills and entrepreneurship, befriended him. This friendship would later prove to be very valuable.
Martin left Guantanamo after 13 months, arriving in the United States in October 1995, where he started working in a hospital in Miami as a surgery room orderly. Eventually, he landed a computer-related technical position at Pollo Tropical, a Miami-based fast-food restaurant chain specializing in Caribbean food. 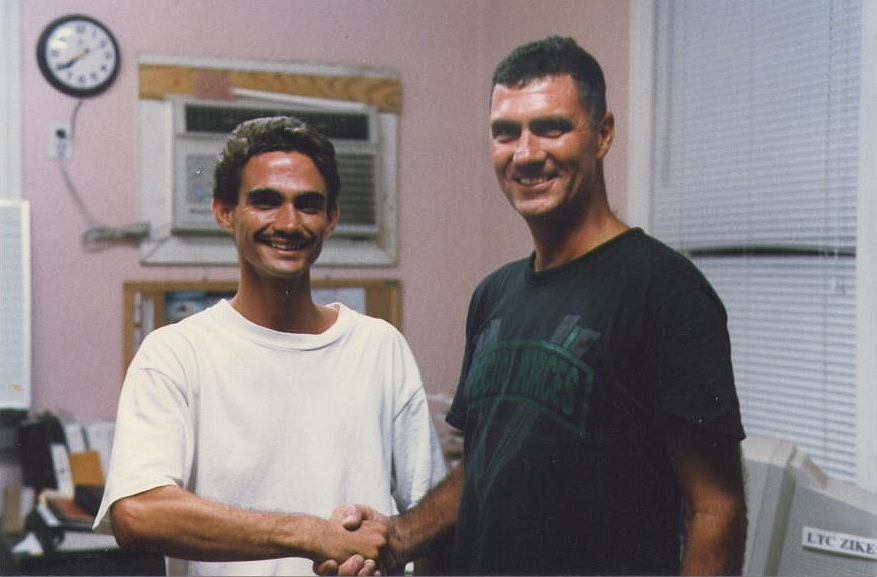 Later he landed a computer support position in a Miami stock market software company. It wasn’t long before Martin decided to start his own computer support business.
“I always wanted to have my own business, so I went door to door in the business districts in Miami and handed out a flyer outlining my services,” Martin says. “Slowly, I built my client base, and although my practice was modest, I had great customers.”
Martin also created a website called Vendoborato.com, but even after investing $2,000 of his own money, the site never took off. One year Martin visited the Cuba Nostalgia show. He got the idea of creating commemorative coins featuring the Cuban coat of arms and those of each of the original 6 Cuban provinces. 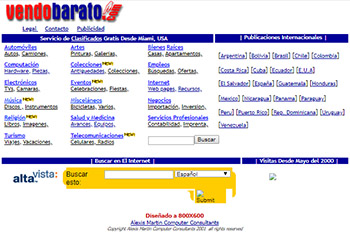 “I learned that Colonel Zike had a coin manufacturing business in the United States called ChallengeCoins.com,” Martin says. “I contacted him, and with his help and contacts, I created a Cuban commemorative coin collection. It was a nice collection, and I sold many coins to businesses in the Miami area.” Martin’s wife, Marta, has always played a significant role in his efforts. She provided practical business advice and expertise, ran the office, and did the accounting.
“She was with me delivering paper door to door in Miami and growing her accounting practice at the same time I was starting my consulting business,” Martin says. 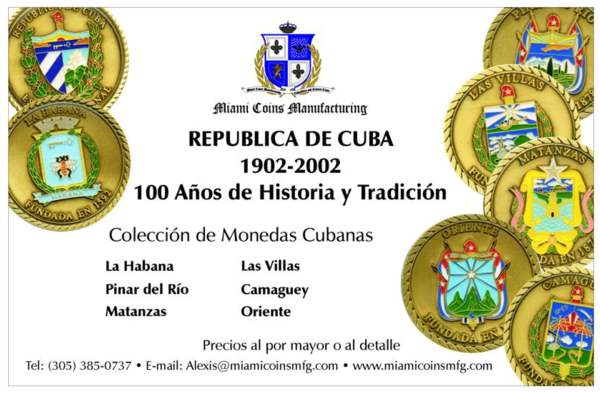 Martin’s original site was called MiamiCoinsManufacturing.com. Although the coins sold well, Martin saw the need to branch out. His idea was to start selling Cuban memorabilia online. With a new focus, the business needed a new name, and MyCubanStore.com was born.
“One day, a friend of mine was getting married, and they required everyone to wear guayaberas,” Martin says. “I visited a local store to buy a guayabera, and after talking to the owner who also was a manufacturer, I started selling guayaberas at MyCubanStore.com.”

The guayaberas were such a hit that soon MyCubanStore.com changed from a memorabilia store to a clothing store. The site sells guayaberas and tropical-inspired clothing to customers from around the world. The business has been so successful that Martin soon phased out of the consulting company to run his online store full time.

And the business started as a small space in the Martin home, with Marta and his father-in-law Luis and kids helping out?

It has grown to fill a rented warehouse where online orders are filled and shipped each day. The guayabera business has been so strong that Martin’s company now manufactures guayabera shirts under their label.
“We still sell a few Cuban memorabilia items, but mostly we sell clothing,” Martin says. “Our linen guayaberas have become a big hit and the line of Havana Shirts we carry is also very popular.”

For one lucky and hard-working balsero, life in America is a dream come true.